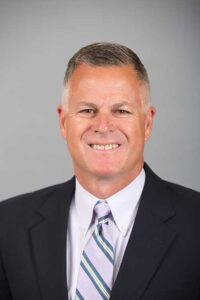 Jim Kreid has been with Solid Rock Retirement Strategies (Formerly CMFS) for 17 years. He began his career in 1986 working on the insurance side with Northwestern Mutual. During the 10 years he was there, he ran the college internship program and was an integral part of one of the top college agencies in the country. His responsibilities in this role included recruiting, training and supervising college students.

In 1996, Jim attained the series 7, 63, and 65 financial securities licenses while working at Robert W. Baird in Peoria. In 2002, he joined Craig Miller at CMFS Group as an independent agent. Jim has extensive experience in both the insurance and financial field, giving him a unique skill set. His specializations include estate planning, pension maximization, and annuity maximization. He enjoys helping clients plan for retirement, with the goal of allowing people to go to work only because they want to, not because they have to. He also strives to help clients protect their assets in order to pass them on to loved ones or charitable organizations.

In December of 2013, Jim became managing Vice President at CMFS and began servicing a majority of Craig Miller’s clients. This role has continually expanded, and in 2017 Jim took over primary responsibility for the office as a whole.

Jim has been a resident of Peoria since the age of 9. He attended Peoria High and Illinois State University. He and his wife of 30 years, Jill, are blessed to have two daughters, Haley and Kristen. Haley and her husband Kyle reside in Peoria and have a son named Jude. Kristen and her husband Jerry reside in Peoria, and they have a son named Leighton and a daughter named Isla. Jim and Jill are very involved in the ministries of their church, Bible Study Fellowship, and The Great Banquet. They are very active and enjoy playing golf, snow skiing, and cycling. They are blessed to be able to spend a lot of time with family. 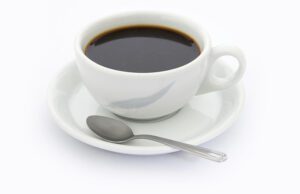 We take a personal approach and offer a high level of service paired with years of experience, comprehensive resources and support, objective and in-depth knowledge. Through our dedication to service, Solid Rock Retirement Strategies creates value for our clients resulting in innovative retirement solutions that cater to their individual needs, goals and vision.

If you would like to have a conversation about your retirement strategy, please contact us online or call our office at 800.944.0022. We can schedule a time that’s convenient for you, and there’s absolutely no cost or obligation.

Becky began her career with Craig Miller 34 years ago in July of 1986. The first three years she assisted Craig during his successful career at A.G. Edwards & Sons and continued as his Assistant after he founded Craig Miller Financial Services in 1989. Becky was awarded Secretary of the Year by the Morton Chamber of Commerce in 1992. On May 9, 2013, Craig awarded Becky for 25 years of dedicated and loyal service at Solid Rock Retirement Strategies. Becky does an outstanding job developing lasting relationships with the Solid Rock Retirement Strategies clients. She handles and resolves customer service matters and can provide information about products and services provided by SRRS. Becky does an extremely efficient job managing daily office operations. She is responsible for monitoring the orderly flow of establishing and maintaining accounts. In addition, she handles compliance matters and assists in coordinating marketing plans. Becky is the mother of one daughter Reneta and one son Cody. 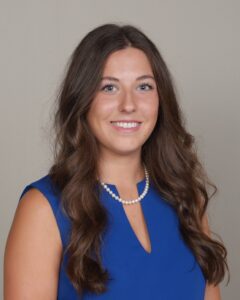 Alexis is a wonderful new addition to our team! As a financial advisor, she brings an impressive new set of skills to help service our clients. Her enthusiasm and upbeat personality bring energy to Solid Rock Retirement Strategies. Lexi graduated from Illinois State University with Bachelor of Science degrees in both Finance and Insurance Risk Management. She launched her career during her freshman year after receiving insurance producer licenses in life, health, property and casualty all while completing college courses. The skills and knowledge she acquired from obtaining these degrees and licenses have prepared her for a fruitful career in the finance and insurance industry. Lexi started at Solid Rock in the spring of 2021 and has since continued her eagerness to learn by passing the series 7 and series 66 financial securities licenses. She is passionate about values-based investing, 401k management, and helping clients achieve financial security in retirement.

Alexis is proud to call Peoria home, where she has spent almost her entire life. She attended Dunlap High School where she was a state tennis athlete, cheerleader, and met her husband, David. Family is a significant part of Lexi’s life as she values her relationships with her three siblings and parents. Her interests outside of the office include spending as much time outdoors as possible, taking care of her dog and cat, growing her relationship with the Lord, and continuing to play tennis.